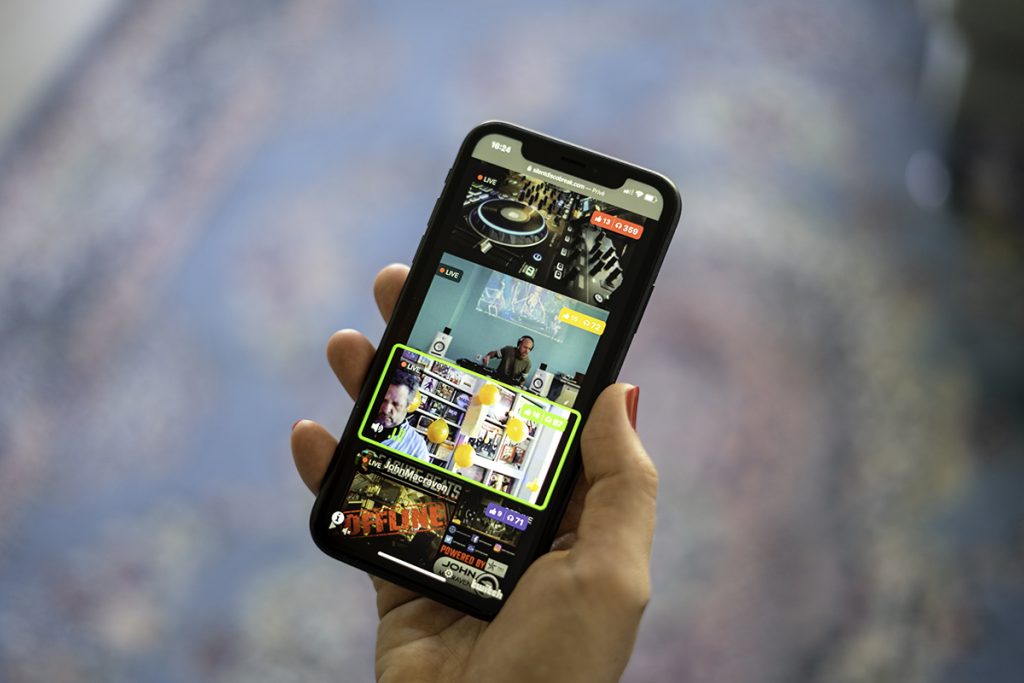 Dancing in lockdown: The idea of online silent discos

Every festival season, the silent disco comes around like clockwork. With most of Europe housebound because of lockdowns, however, there’ll be no festivals for the time being, so no opportunities for people to dance together. Silent Disco Break aims to change that. From 17 April, they will host silent disco DJs three times a week in a live performance on silentdiscobreak.com. Through the webapp, dance enthusiasts can connect their headphones, then choose between the different DJs via their distinctive colors. It shows when a DJ is popular with other silent disco listeners, so you can see if you may want to switch channels.

Promoter Boris Bals (owner of Silent Disco Club) explained: “The coronavirus has meant an end to all parties and festivals. With our silent disco, we can bring some fun. At the same time, we realize that a lot of people need some distraction right now. That’s why we joined forces with DJs and creatives to engage as many people in lockdown as possible with our Silent Disco Breaks.”

How it works in lockdown times

Three times a week, you can find a silent disco livestream at silentdiscobreak.com during the current quarantine period. From Friday 17 April onwards, there will be Silent Disco Breaks every week on Mondays, Wednesdays and Fridays from 17.00 to 18.00 CEST. These sessions will continue with skilled silent disco DJs for the duration of the lockdown period in European countries.

On the webapp, you can see which DJs are performing and can easily switch between various DJs and music styles. As with the original silent disco, there is a like button to allow users to see which DJs are popular You can also easily invite friends and family or share your Silent Disco Break via WhatsApp and social media with the hashtag #silentdiscobreak.

The biggest winners and losers of German social media channels 2015